Ever open the computer state view and see “Not monitored’ objects you believe have no business being in your SCOM environment? You recognize them as part of your environment somewhere; however, you are positive you do not have an agent in place on the machine being discovered. 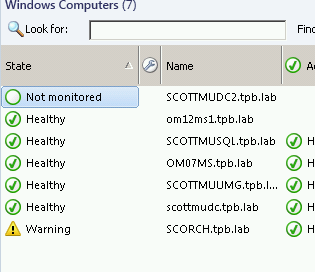 So, I know this is my other domain controller…I wonder if this has something to do with the newly imported AD MP? Opening the health explorer, I see nothing but grayness (unmonitored). Opening the AD topology view, I am able to locate the SCOTTMUDC2 server: 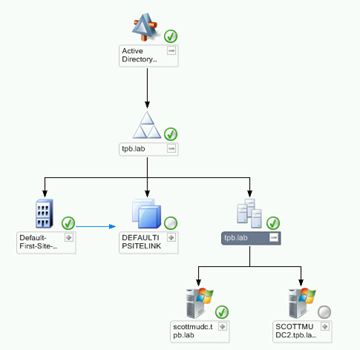 And there we go. The AD Topology discovery is responsible for bringing in the ‘Not monitored’ Windows Computer objects. The topology discovery creates relationships between all of the DCs within the environment and the domain object itself.  Since the DC class is hosted by Windows Computer, we actually get a ‘Not monitored’ Windows Domain Controller as well.  Of course, this can happen with any MP where the target for the relationship itself doesn’t exist within SCOM.